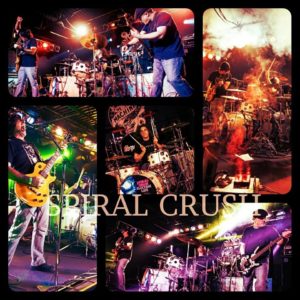 Michigan band Spiral Crush has released their new album Electric Life. You can stream the entire record below. The band was formed in 2001 when two brothers Shaun (guitar and vocals) and Scott Smail (drums) came together with friend Jimmy Conrad on bass. The trio independently released their self-titled debut album in 2001. After a few years performing in other bands, Spiral Crush came back together and dropped another record Nothing To Lose. Electric Life is the group’s third album.