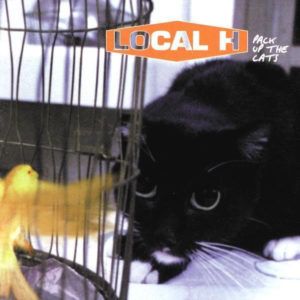 Rock band Local H will be heading out on a 20th anniversary tour to celebrate their 1998 album Pack Up The Cats. The record which was produced by Roy Thomas Baker, included the hit songs “All Right (Oh Yeah”) and “The Kids Are Alright.” With each show consisting of two sets from the group, the first set will contain tracks from their entire discography, and after a brief intermission, the band will perform Pack Up The Cats in its entirety. The tour will begin on September 2nd at Mohegan Sun Wolf Den in Uncasville, Connecticut and end on November 18th at Lincoln Hall in Chicago, Illinois. All dates are below. More dates will be announced soon.