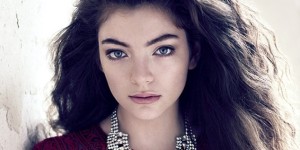 Lorde has announced she is working on a new record after a fan asked her about it through a comment on the singer’s Instagram. Take a look at Lorde’s response below. Lorde’s last record Pure Heroine was released in 2013.

give up on me if you want to! I’m an artist, I write a record when I have enough special stories to tell, and it’s all me, every melody every lyric, not some team who just start the machine up every eighteen months like clockwork. the record is written, we’re in the production stages now. I’ve worked like a dog for a year making this thing great for you guys