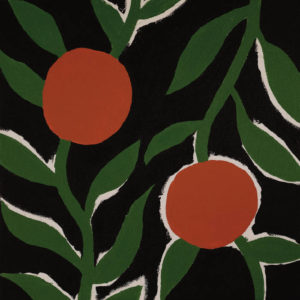 Referencing bands such as Tame Impala, Temples, and The Horrors to shape their 1960’s sound, Chicago band Lucille Furs has written an engaging self-titled album. Founded in 2015, the band went into their first recording session without any song ideas, and according to drummer Brendan Peleo Lazar, they would write lyrics on the car ride home, as mentioned in an interview with Anchr Magazine earlier this year.  Opening with the bouncy track “The Fawn of Teal Deer,” Lucille Furs immediately brings up mental pictures of acts such as The Beach Boys for their surf inspired style. Peleo-Lazar, bassist Patrick Tsotsos, and lead singer and guitarist Trevor Prichett, create warm tones that set the feel and vibe for an exciting record – particularly for fans who are into vintage indie groups.

Tracks such as “Pink Noise,” continues with the same colorful edge displayed on “The Fawn of Teal Deer,” and with Pritchett’s calming voice and the band’s luscious harmonies on the song, we won’t be surprised if the track becomes a permanent staple in their live setlist. Nothing feels forgotten on this tune, with the group cementing their oldie sound on “Pink Noise.”

Songs as such “Our Lady of Perpetual Frustration” brings a Beatles vibe to the track with an experimentation that fans can’t help but love, as they are taken back in time through a musical time machine. Closing with “Between Us Two/I Saw You,” Lucille Furs has written a memorable album that hopefully will make a name for this new upstart indie act. As the group takes listeners on a musical ride, Lucille Furs are one of the best up and coming acts to come out of Chicago in 2017. While this album is only their debut, whatever is in store for the band next, we hope that it is only positive as they have their own style and flair that is a unique addition to the Midwest music scene.

Listen to “Pink Noise” below.