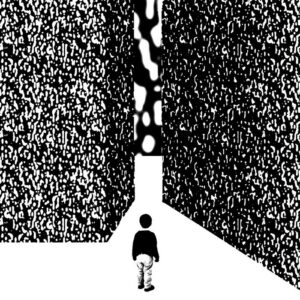 Boston band Luxury Deathtrap has shared their latest single “Evolve,” from their upcoming album which is self titled.

Writing the track about his personal growth, member Nicholas McGowan says “”‘Evolve’ is a song that centers around growth and tells a story of a person who has found themselves in a proverbial hell and has to grow to get out,” says Nicholas McGowan. “I often write songs that reflect my experience and project it on a character but it always comes back and slaps me in the face. I take an experience and create a story in the second person so the audience — ‘you’ — has something to grasp on to, but it’s really about my own personal struggles with falling into a cycle that has negative consequences. My way of reminding myself of where I have been is to sing these songs.”