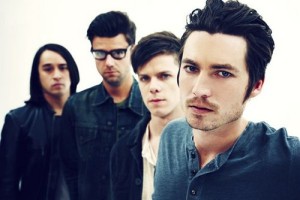 San Diego rock band Augustana have signed to Washington Square Music. Their next album will be released in April. They have also announced a new tour kicking off on April 19th in Nashville, TN with Twin Forks featuring Chris Carrabba as the opening bands. Tickets go on sale February 14th. Dates are below.