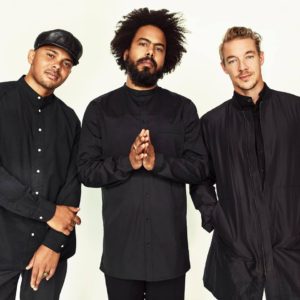 Major Lazer has released the music video for his new single “Blow That Smoke” featuring Tove Lo. Talking about the track Tove Lo says, “When we had finished the song Wes asked me if I had any fun ideas for a video and I came up with Party Narnia that night. I was very happy Major Lazer were all down and into it. The director duo DAD took it on and all of us had some great inspo talks before the shoot. They really nailed it with the narrative, cast and all the different worlds and dimensions. I think the video really captures the message of the song – the sweet escape from mundane life that can feel so good. It was also a really great and fun shoot where everyone involved worked really hard while still bringing the best vibes!”