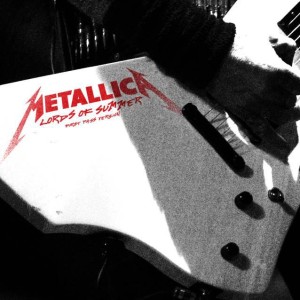 Metallica have released a “first pass version” version of a new song called “Lords of Summer” set to a part of their upcoming album, the first since 2008’s Death Magnetic. The album does not have a release date. While the band premiered the song early this year at a show in Bogota, Colombia, this is the first studio version we have heard, though the band did release a demo of the song. It is unclear what “first pass” means. You can listen to the track here, and if you like it you can purchase it on iTunes.