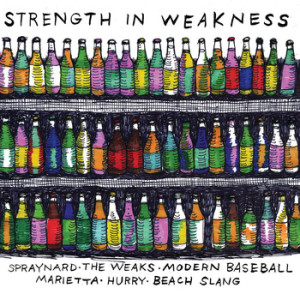 Modern Baseball have released their new song “Alpha Kappa Fall of Troy The Movie Part Deax” which is part of the six way charity split called Strength In Weakness released by Lame-O Records. All of the split’s proceeds will go to United Cerebral Palsy. It will be released on February 3rd.  You can listen to the song here.