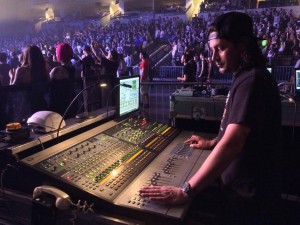 Jeff Kaplan, the sound engineer for A Day To Remember, has died after being struck by an SUV after losing control of his car after it hit a median in Annapolis. He was 43 years old. According to the Capitol Gazette “Maryland State Police said 43-year-old Jeffrey A. Kaplan was driving a 2013 Subaru when he lost control and struck the median. Kaplan got out of his vehicle and was standing in the travel portion of the roadway when he was hit by a 1999 Ford sport utility vehicle, driven by 30-year-old Aaron B. Nedd of Hyattsville.”

A memorial fund has been set up for Kaplan’s daughter Vivien, who is 7 years old. You can donate here.