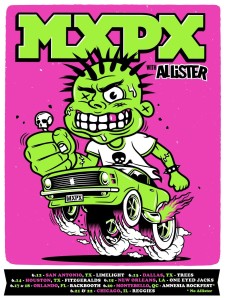 MxPx and Allister are going on an eight date tour in June. The dates are below.