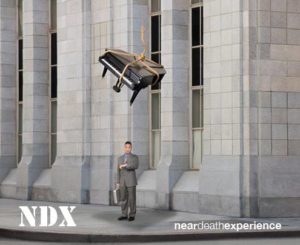 Near Death Experience (or NDX) from Ealing, England have just released their latest single ‘Conquer‘. Forming in 2015, the group have performed all across the UK. At first, “Conquered” does not stand out as a track that offers anything new, but once we listened more and more, we realize how much quality the track has to offer.

The main stand out points in this release is the vocal arrangement and the musical ability which the band bring to the table. Their ability to craft a gem like “Conquer” is obvious after a few listeners, though they do sound similar to a few well known acts such as Animals as Leaders or perhaps Red Hot Chili Peppers, and although they stick to a style they know well, it feels contemporary with a twist of nostalgia, perhaps allowing the bands music to get into the hands of older listeners.

The vocals are also a strong selling point for the group. Ian Whiteling, the band’s front man who has the nickname Talent, puts on a vocal performance which we cannot fault. The only drawback and negative aspect to the song is that the lyrics are nothing to write home about. They get a little lost at times, and although we know what they are getting at, they do not flow well.

Overall, “Conquer” is a great introduction song for anyone just discovering Near Death Experience.

*review by Ralph Jericho, who lives in London, England.