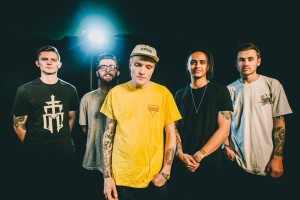 UK pop punk band Neck Deep have released their new music video for the track “I Revolve (Around You,”) which you can take a look at below. The track is taken from the band’s upcoming album All Distortions Are Intentional due out on July 24th via Hopeless Records. Talking about the single, vocalist and front man Ben Barlow says of the tune ““It is one big metaphor, comparing love to the movement of the planets. Picturing love on that scale really makes everything else seem small and insignificant. The song comes at a point of epiphany on the record- the realization that despite life’s trials and tribulations, love conquers all.”