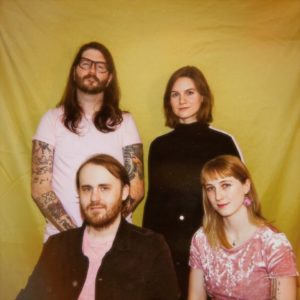 Illinois pop punk act Nectar has released their new single “Fishy,” which you can stream below, via Bandcamp. Released on the heels of the single “Blister,” Nectar has dropped a punchy track, inspired by binge watching the MTV show Catfish, and having feelings for a crush that is tinged with anxiety and uncertainty.