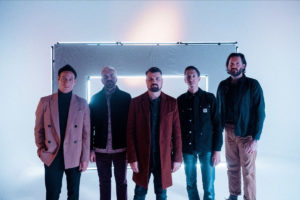 Canadian hardcore band Silverstein has dropped their new single “Madness,” two days before releasing their new album A Beautiful Place To Drown, out on March 6th. Celebrating their 20th anniversary this year, the band recently did an interview with NYLON Magazine, where the group mentions teaming up with collaborators such as Princess Nokia on “Madness,” and an unlikely candidate Simple Plan front man Pierre Bouvier. Listen to “Madness” below.