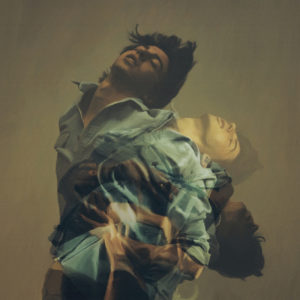 Releasing their last full-length album Hard Love in 2016, South Carolina rock band Needtobreathe, has consistently released music that is memorable as the quartet (and now a trio) as they close in on nearly 20 years as a musical unit. On their latest LP Out of Body, Needtobreathe continue their mastery of writing songs that uplift and carry listeners through hard times. Opening with “Mercy’s Shore,” if you haven’t listened to any of the album’s promotional singles, the track will be your first introduction to hearing the band as a three-piece, as member Bo Reinhart exited the band earlier this year.

The album’s subtle spiritual vibe gives longtime fans the familiar Christian themes that the band is still comfortable talking about, even if their music has reached a secular audience. The record’s fourth track “Survival” features an appearance by Drew and Ellie Holcomb of the upcoming band Drew Holcomb and the Neighbors. It is also spiritually minded, though its catchy southern vibe is one of the characteristics of Needtobreathe that will make fans and newcomers fall in love with them, no matter where they stand in faith, in or out of Christianity.

Out of Body’s seventh track is “Who Am I,” is a song about looking into the mirror and not being able to feel self-love and how our inner voice plays with our soul and overall self-image.  Always great songwriters, Needtobreathe always pen songs that breathe new life into the human experience, and “Who Am I” is one of those tracks. A perfect soundtrack to those points when our inner narrative feels negative, “Who Am I” is a beautiful song from start to finish.

Next is “Banks” written for the band members wives and its acoustic sound brings forth a sound we heard on the band’s 2014 offering Rivers in the Wasteland. Everything about the track works, and as the album comes close to ending, “Banks” is perhaps one of the band’s best tunes to date. “Riding High” is a southern foot stomper and is one of the most upbeat tracks on the record and as the trio channels their small-town roots. With a guitar riff that is bound to become stuck in your head, we realize just how great Needtobreathe are as writers and performers. Holding nothing back, the group lets everything go, and the end result is something magical.

Closing with the song “Seasons,” it was one of the first cuts on Out of Body that the band introduced the fans to. Written for a friend who was going through a struggle in his life, Needtobreathe know how to take someone’s experience and turn it into a song that is memorable. While Needtobreathe rarely miss the mark when releasing new music, it’s clear that Out of Body was a labor of love and the band’s best work since Rivers In The Wasteland, as it screams for the band to finally achieve mass appeal.

Listen to “Banks” below.