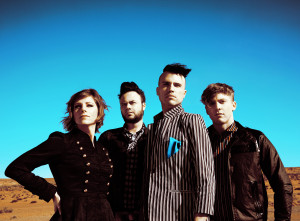 Utah pop band Neon Trees has announced their return after a three year break on Facebook. The band released their last album Pop Psychology in 2014. The band will be releasing new music next week. You can read the statement below.

It seems strange to say this but:

It’s been 3 years since our last album, and after years of being a band together, touring the world and living the dreams of our youth, we took an important break.. one that’s refreshed all of us and refocused what our band is and what we want to do next.

We are pleased to announce that next week you’ll all be getting the first taste of new music from this next era of Neon Trees.

Thank you for being with us all these years, and we can’t wait to show you all what we’ve been up to and what we have in store.

With love and affection