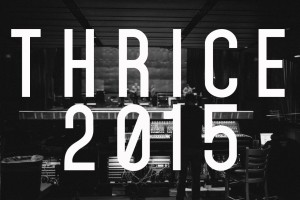 Thrice have posted the above photo to their official website without any explanation of what the picture could be hinting at. While the band broke up in 2012, in a Reddit AMA done by front man Dustin Kensrue earlier this year, he said that the band would likely tour again and release new music. The bands last album was Major/Minor in 2011, with a live album called Anthology being released in 2012.