Niall Horan has announced a US and Canadian tour for his upcoming album Flicker, due out on October 20th. The tour will be kicking off on July 18th, in Houston, Texas (venues have not been announced yet.) Maren Morris will be the tour’s opening act. Horan has partnered with Ticketmaster to get fans tickets through their Verified Fan platform. Registration begins today and closes on September 17th at 10 pm Pacific time. It looks like this is only for the pre-sale, and not general sale.

In case you missed it, Horan has also released his new single “Too Much To Ask” which you can check out here. 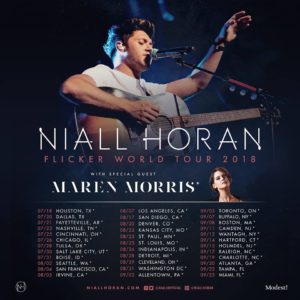