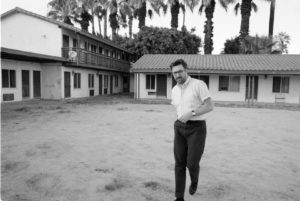 Blues guitarist Nick Waterhouse has shared his new single “Song For Winners,” which you can listen to below. He will be releasing his new self-titled album on March 8th via Innovative Leisure. If you are in the UK and Europe, Waterhouse will be coming your way in March of this year beginning on March 18th in Manchester, England at Gorilla and ending on March 31’st in Thessaloniki, Greece at Fix Factory of Sound. All dates are below.