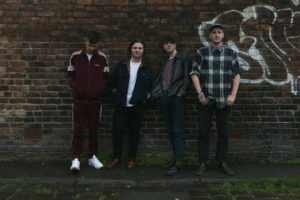 British band No Hot Ashes has released their new single “Skint Kids Disco,” which you can check out below. Talking about the song, the group says, “We wrote this song with every intention of writing an outright disco-pop anthem. “Skint Kids Disco” incorporates a multitude of sounds and elements that are reminiscent of the music styles we love as individual musicians. Sleazy guitar tones, fat funk bass lines and big disco beats.”

No Hot Ashes will be dropping their debut EP Skint Kids Disco on March 30th on Modern Sky.