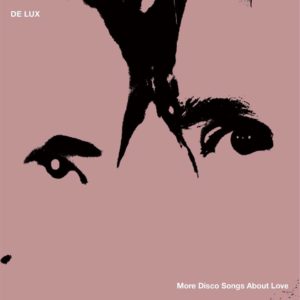 Los Angeles pop band De Lux has dropped their record More Disco Songs About Love, a 1970’s inspired album that has hints of the 1980’s pop we hear today, while still giving us a window into a music era that is long gone. Opening with “875 Dollars,” the band gets fans fired up with a funky jam that illustrates not only De Lux’s sound, but also the influences they have. Founded by members Sean Guerin and Isaac Franco, the duo holds their own throughout the record, giving their audience ten bouncy and infectious tracks that sound colorful and exuberant. “Writing Music for Money, To Write More Music,” begins with a soft piano and a warm but fat bass line that directs the tune through its five-minute run time

While Franco and Guerin do well singing together, the one downfall of More Disco…, is that each song sounds like the one before it, making the album feel flat. Tunes such as “Keyboards Cause We’re Black and White” sound this way too, and while they include different instruments to chop up the near monotonous sound, none of the ten selections stand out as special, apart from the colorful energy they provide.

Tacking “Poorn in the Nightmare” on the end of the LP, it uses sound effects to create an intro with an almost eerie feel, ending an album that has songs that go on for far to long. With that said, De Lux is a not a bad band to listen to, and while they aren’t devoid of talent, they have gotten almost to comfortable with their chosen style. On their next effort it would nice to have more sounds, styles, and ideas, as well as more risk taking.

Listen to “Writing Money For Music, To Write More Music” below.