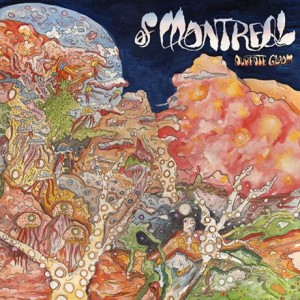 Of Montreal will release their album Aureate Gloom on March 3rd, 2015. Along with the album announcement, the band has also released a new song titled “Bassem Sabry” which you can listen to here. You can see a track listing below. You can pre-order the album here.