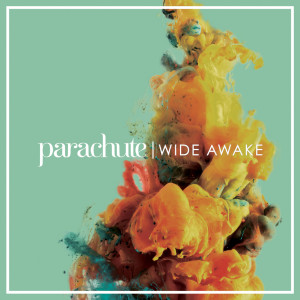 On their latest album Wide Awake, Parachute have released a standout pop record that soothes and satisfies throughout the entirety of the LP, and after listening, the album could easily land on a list counting down the best releases of the year, as it is everything a good record should be. On their last LP Overnight released in 2013, it felt like the band were writing songs just for the sake of writing without putting a lot of effort into the music, but this time, Parachute have written a release that reminds us of their first two efforts Losing Sleep (2009) and The Way It Was (2011.)

Opening Wide Awake is “Without You” a pop song that awakens the listeners senses and allows us to relate to the song’s storyline which discusses not being able to live without your significant other. While this topic has become recycled throughout the history of pop music, Parachute have a way of making these types of plot lines fresh, as they turn casual listeners into diehard fans.

“Lonely With Me” highlights the piano, an instrument that Parachute incorporates into their music often and is one that pianist and saxophonist Kit French knows how to play well. Having a slight bounce throughout the song, the track is certainly memorable and will become a staple in the bands live show. Acoustic tracks such as “When You Move” gives Wide Awake a haunting vibe and centers around a stripped down acoustic guitar and front man Will Anderson’s gorgeous vocals. Beautiful and striking “When You Move” has gotten a positive response from fans as it evokes an emotional nostalgia and longing that not many bands can pull off.

To close the album, Parachute ends Wide Awake with “Waking Up” a track that ends the LP perfectly, even though at times the eleven song disc feels far too short, though it seems that Parachute like to hit their audience with a short burst of new music which then keeps them in suspense for the next album. Regardless of their reasons for releasing short collections, “Waking Up” is a gem that utilizes all of the band members to their fullest potential, making Wide Awake a record that will be stuck on repeat for the foreseeable future.

Listen to a selection from Wide Awake titled “Without You” below.