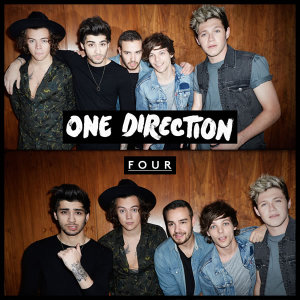 According to Billboard, One Direction have gone number 1 for the fourth time with their latest album Four with 387,000 copies sold. The album had the second largest sales week after Taylor Swift’s 1989, which sold 1.287 million copies in its first week on sale. One Direction is the only group in history to see all four of their albums reach number 1.