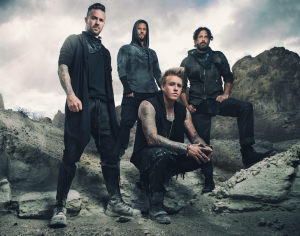 Papa Roach have released a press release announcing their new album F.E.A.R (Face Everything and Rise) as well as the 15th anniversary of their major label debut album Infest. You can see the track listing for F.E.A.R below. The album will be released on January 27th, 2015.