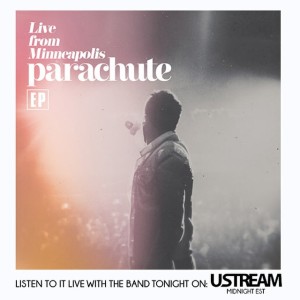 Parachute have announced that they will be releasing a live EP called Live From Minneapolis, which will be sold at all stops on the bands upcoming Meant To Be Tour. The band will also be selling the record on their website after the tour ends. If you are eager to hear the entire release before it comes out, you can join the band tonight at a listening party on Ustream at midnight Eastern standard time.