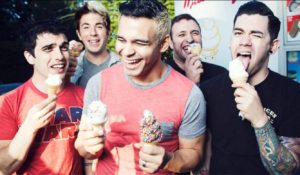 Patent Pending has dropped their new music video for “Wasted/Wake Me Up” which you can check out below. The band’s new album is called Other People’s Greatest Hits and they are touring with Simple Plan until the end of the summer. See the dates below.