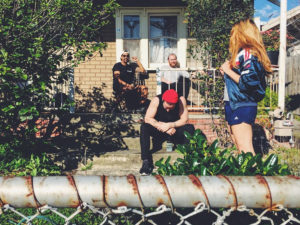 Australian punk band Press Club has released the music video for their new single “Suburbia,” off of their upcoming full-length Late Teens, due out on January 25th. If you are in the UK the band will be heading your way beginning on April 16th in Cheltenham, England at Frog and Fiddle for a short tour. All dates can be found below.