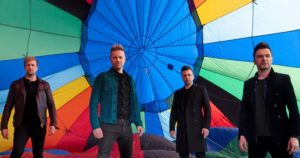 Irish boy band Westlife is back with new music after an eight year hiatus. The song titled “Hello My Love,” was written by Ed Sheeran and songwriter Steve Mac. The band will be going out on a 20th anniversary tour, set to begin on May 22nd in Belfast, Ireland at SSE Arena on and ending on July 6th in Dublin, Ireland at Croke Park. The song and the rest of the tour dates can be found below.