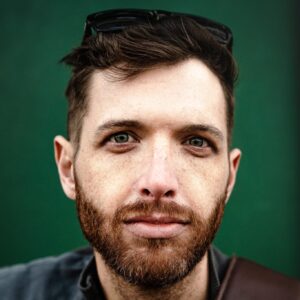 Akron, Ohio musician Reed Mitchell has released his latest single “Hold Me By The Shoulder,” which you can listen to below. Appearing on his upcoming debut album Hot & Cold, Mitchell said the following about the LP’s lead single ““This song was written at a time of an emotional high where I felt very close to a woman in my life that this album is about. It attempts to articulate the feeling of new love, when there’s nothing you want more than to just lay with and hold the person you’re in love with. This is the first duet I ever wrote and I had a lot of fun with that. I was inspired by the song ‘death bed’ by Powfu, I loved how the male vocal with the looped female vocal sounds.”