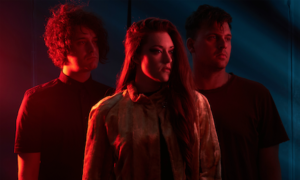 Atlanta based band Reptile Room has debited their music video for “Design,” which you can check out below. Formed in 2017, brother and sister Sami and Sean Michelsen released a self-titled EP with musician Bill Zimmerman which went on to be named as one of Atlanta’s 25 Summer Jam’s by Creative Loafing and were nominated for an Atlanta Culture Award.