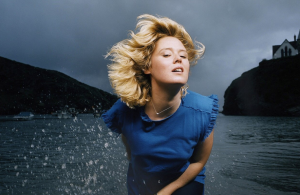 Irish singer Roisin Murphy has announced that she will be releasing her first album in eight years, the followup to 2007’s Overpowered. Since releasing Overpowered, she has mostly done collaborations with artists such as Fatboy Slim and David Byrne. As a solo artist, she released an Italian language last year called Mi Senti, where fans heard her sing popular Italian songs. While Murphy tweeted about the album release and a few upcoming live shows, she directed fans to her website where they could get news about the album release and live performances.