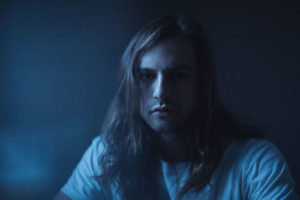 Canadian musician Roman Clarke has dropped his latest single “Someday,” off of his new album Scorcher, out now. Talking about the influences behind “Someday” and Scorcher, Clarke says, “At the time I wrote Someday, I had just started digging into Kimbra’s record “The Golden Echo”. The pop elements along with the massive vocal arrangements of that album are the inspiration for the music in this tune. I had also just begun to notice the darkening circles under my eyes, and the lowering of my threshold for change, hence the lyrics.”

“The album cover features a metal horse sculpture that is pieced together with random spare parts, scrap metal, and old tools. It was created by my dad, Cary Clarke, who is an incredible creative force. This horse sculpture is literally made of random pieces of metal that my dad had laying around his shop. He didn’t necessarily set out to make a beautiful piece of art, he just didn’t know what to do with all of these small, useless odds and ends. My dad makes art when he doesn’t even mean to. That is an incredibly genuine way to express yourself, in my opinion, and I am proud to say that he has influenced how I create in a very profound way.I called the album SCORCHER after a motorcycle he made when I was a teenager. It is also made out of spare parts that were just lying around our yard: a couple old bicycles, a lawnmower with the blade missing, other odds and ends from broken pieces of machinery. It represents the same things the horse does, but SCORCHER is way cooler than METAL HORSE, so here we are.