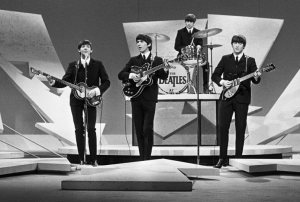 Ron Howard will be directing a new Beatles documentary, the first in 45 years. The movie will focus on the bands touring years from 1960-1966, from their early days in Liverpool, their stint in Hamburg, Germany, Beatlemania, and their last true performance at Candlestick (the bands last official “show” was on a rooftop three years after playing Candlestick.) Howard has said the following about his vision for the movie ““What’s so intriguing to me is not only the subject, but the context we can bring to it now.” He added, “Not only can we do a study of these touring years, the narrative of an odyssey, we can look at the significance of the Beatles as individuals — as musical geniuses, as societal leaders and their effect on global culture. “I am excited and honored to be working with Apple and the White Horse team on this astounding story of these four young men who stormed the world in 1964. Their impact on popular culture and the human experience cannot be exaggerated.”

If you have any rare Beatles footage, the filmmakers are looking for some to use for the movie. You can submit your rare items here.

Thanks to Consequence of Sound for the above information.