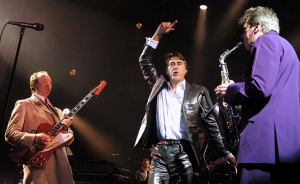 It has been reported that Roxy Music have broken up. In 2001, the band celebrated their 30th anniversary with a reunion tour. Since then, the band has been quite active, going on several tours in the past decade. The band hasn’t played a live show since 2011. Member Phil Manzanera has also stated that he has no interest in recording under the groups name or writing any future albums, and any future tour dates are unlikely.

Despite no future releases from Roxy Music, fans can still look forward to the group releasing two box sets of their first two albums, due out later this year.