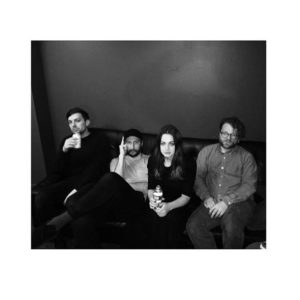 Russian Baths has released the music video for “Poolhouse” their latest single from their EP Penance, released earlier this year. Talking about the song’s inspiration, the band says, “Poolhouse’ is about an existential crisis. It’s about feeling so overwhelmed that you can’t see the way out. It’s about moments of calm and hope being submerged in waves of pressure. It’s about losing your breath because of fear.”