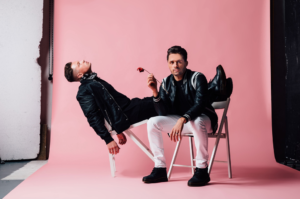 Glasgow based band Saint Phnx has released their new music video for “Death of Me” which you can listen below. The band has included the track in a two part song bundle, which you can find all streaming platforms. Discussing the process of writing the songs member Stevie Jukes says, “Death of Me” goes hand in hand with “Deadmen,” although it’s talking about a personal experience rather than a relationship. “During the album process I got sick and ended up going to hospital. The song is inspired by being obsessed with something so much that it kills you.”