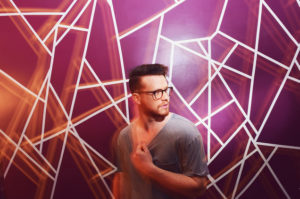 Sam Fischer, former vocalist of HOLYCHILD, has released the music video for his single “Same Friends,” which you can check out below. Talking to Billboard who premiered the video, Fischer says about the song, “It’s just so hard to move on from someone when you’re constantly reminded of them because of the ‘Same Friends’ you share. It’s awkward trying to navigate those friendships in the aftermath of a breakup, you really see who has your back and who absolutely does not.”