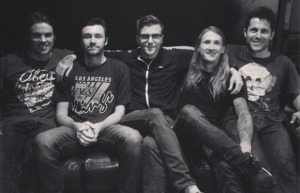 Saosin will be releasing a new record titled Along The Shadow which will out on May 20th. You can watch the music video for the records lead single “The Silver String” below as well as check out the album’s track listing.