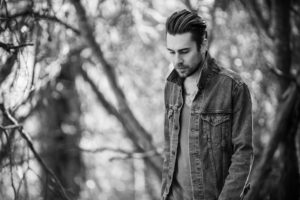 Senator has released his debut single “Breathless” which you can check out below. Telling Pancakes and Whiskey, who premiered the song, about the process behind writing the tune, front man Howard Baker said, “This song tells a story about a girl. It could be any girl, someone you know and love, or even yourself.” It’s an all too common story that needs to be told, discussed, and prevented.“ Senator will be releasing his debut EP Tiny Monsters on March 10th.

Check it out below.