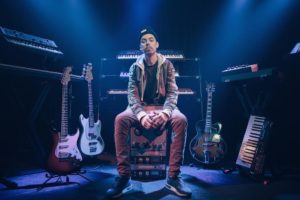 Seattle rapper Grieves will be performing at Antone’s in Austin, Texas on September 14th to support his new record Running Wild, released last month on Rhymesayers Entertainment. Doors will be opening at 7pm with the show starting at 8pm. Tickets are $17.00-$18.00 and the show is 18+. deM atlaS is opening.

You can watch the music video for Grieves new single “RX” below, via Mass Appeal.