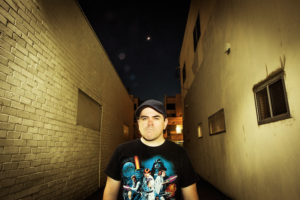 Illinois rapper MC Chris will be coming through Austin, TX on October 7th at The Sidewinder as part of his Ten Years of Touring Tour featuring Mega Ran and MC Lars as his opening acts. On this tour, there will be a costume contest with a $500-dollar grand prize from Neca Toys. You can listen to MC Chris’ new song “Freddy’s Dead” below. The track will appear on his Freddy Kruger inspired new album MC Chris is Dreaming, set for release on September 30th.