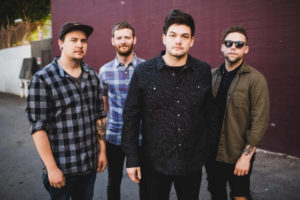 The Spill Canvas will be coming into Austin on September 27th at The Parish as part of the bands upcoming Requestour, where fans get to pick the bands set list every night. The tour will be the group’s last tour before heading into the studio to record a new album. Formed in 2002 in Sioux Falls, South Dakota, the band would go on to release their debut album Go For The Jugular that same year. Their next album Sunsets and Car Crashes (2002,) would bring the group into the mainstream. The Spill Canvas is currently signed to Sire Records.

Listen to their song “All Over You,” taken from 2007 LP No Really, I’m Fine below and check out the rest of the tour dates below. 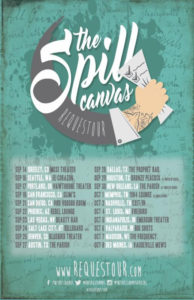