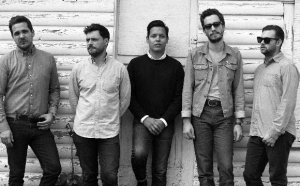 Single Mothers will be touring North America starting on August 29th and going until October 28th. The dates are below.