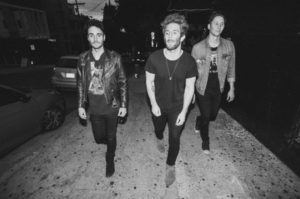 Smallpools has shared their new single “A Million Bucks” which you can watch below. If you like what you hear, you can catch the band live with Misterwives and Vinyl Theatre starting on September 21’st at the Cannery Ballroom in Nashville, TN. Check out the rest of the dates below.