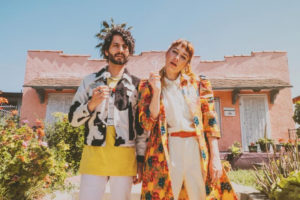 Smoke Season has released their new single “You,” which you can hear below, via Nylon. According to front woman Gabby Bianco, the song is about “relationship decay. It was inspired by the moment at the end of a love where you have completely lost sight of the person you fell for and have replaced them with pain and heartbreak. It’s about letting go of someone who has already let go of you (‘If you’re holding the doorknob tighter than me, I’m already without you.’). We wanted it to be so raw you could almost taste the heartbreak.”

You may have also seen the band in the most recent Budweiser commercial as part of the company’s “Be A King” campaign. You can watch that below as well.