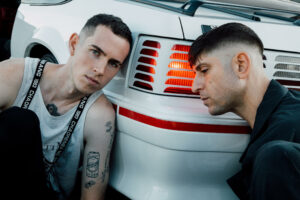 Brooklyn producer stevexcooper has teamed up with artist Gabe Gill on the track “Bad Reviews,” which you can check out below. Starting this project in 2020 as a companion project to his producing work, stevexcooper says “My goal is to develop a sonic identity across the production work and artist releases. I grew up on rap and pop, but also Aphex Twin, Squarepusher and other artists who captured the sound of worlds colliding.”