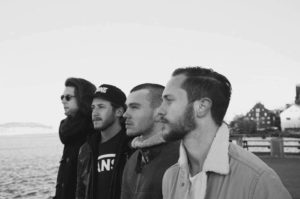 Swedish pop band band Straightjacket Union has released their debut single “Someday We Will Win” which you can check out below. The band will be releasing their new EP later this year. The band has said the following about the song’s inspiration, “”It’s a song about keeping your head up when you feel like the whole world will fall on your shoulders. It’s bout seeing a glimpse of that dream you always had and dare to aim for it. Keep on running, keep on dreaming. It’s about sticking together through rain, punches and whatever life throws at you. So many days you feel like you’re just losing, but hold on cause someday….”