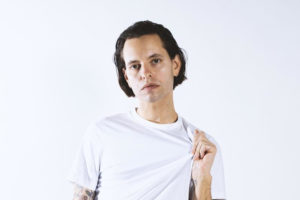 Swedish musician Summer Heart has dropped two new songs ahead of the release of his new EP Ambitions, titled “Black Jeans” and “Motorcycle,” which you can listen to below. Performing independently for almost a decade, Summer Heart has dropped more electronic tracks that don’t stray to far from the sounds and influences of his latest effort 101, which he put out in 2017. He is now signed to Icons Creating Evil Art.